Kanchenjunga is the third highest mountain in the world after Mt. Everest and Mt. K2 is situated in eastern part of Nepal. It is 8,586 high.It is an enormous mountain mass, and many satellite peaks rise from its narrow icy ridges. It is located on the border of Nepal and Sikkim (India), just 46 miles northwest of Darjeeling. It is the most easterly of the great 8,000-meter peaks of the Himalaya.

Though not successfully climbed until 1955, it was first attempted in 1905, but four members of that international party were killed in an avalanche. The threat of avalanches and mudslides is omnipresent in the area, which receives very heavy precipitation throughout much of the year.

As inspiring as beauty of Kanchenjunga is that at least the first three parties to ascend the mountain never attempted the final few feet to the summit out of voluntary respect for the Sikkim, who consider the summit sacred. The successful British expedition of 1955 set the standard by stopping a few feet short of the actual summit, in honor of the local religion. This peak lives up to its reputation. First climbed in 1955 by a British team including famed rock climber Joe Brown & George Band. The mountain remained un-trodden for twenty-two years. The next two ascents were teams led respectively by India’s Colonel N. Kumar in 1977, and by British climber Doug Scott in 1979. These parties also honored the tradition.

Various origins of the name Kanchenjunga have been debated, but it is often translated as Kanchenjunga means “Five Magnificent Snow Treasures” a reference to the five high peaks that rise from the surrounding glaciers. The five mountains from the southeast are South Peak (8491m), Central Peak (8478m), and Main Peak; turning westward there are Yalung Kang and Khambachen.

The route (North Face) is definitely the safest, although not the easiest. Climb of Kanchenjunga begin from a charming base camp in the meadows of Pangpema at 5180m. First challenge is to fix lines up 900 M of intricate mixed climbing to the North col. This provides the most challenging climbing of the expedition. Once creating a lifeline to and from the North Col you can begin the long process of establishing three camps up the long and complicated North ridge. Using Sherpa support and oxygen, you can move at a methodically slow pace higher and higher up the mountain. This is a highly rewarding climb for the competent Alpinist.

Day 01 : Arrival in Kathmandu and transfer to hotel.

Day 03 : Briefing At Nepal Tourism Board

Day 62 : Drive To Kathmandu Then Transfer to hotel.

Day 64 : Back To Sweet Home.Transfer to Airport 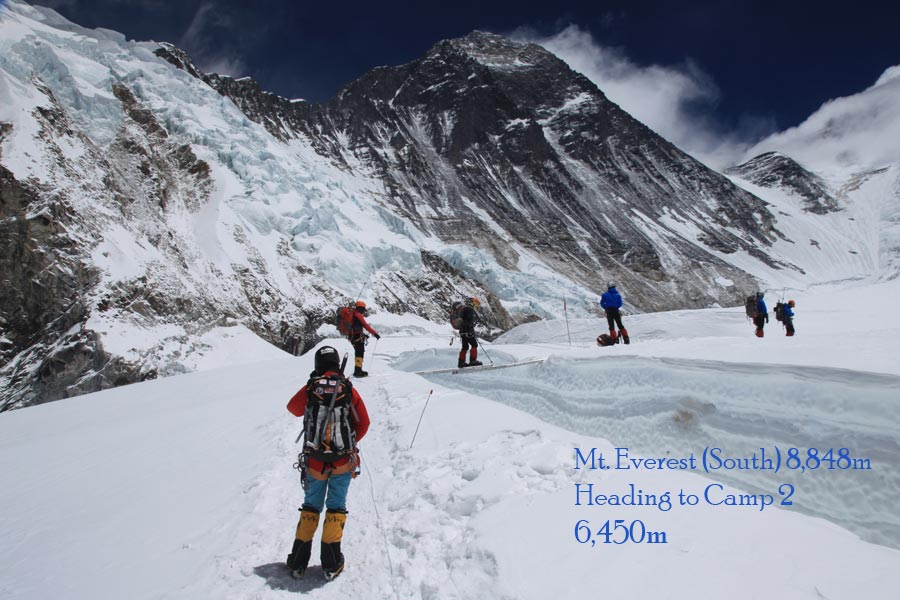 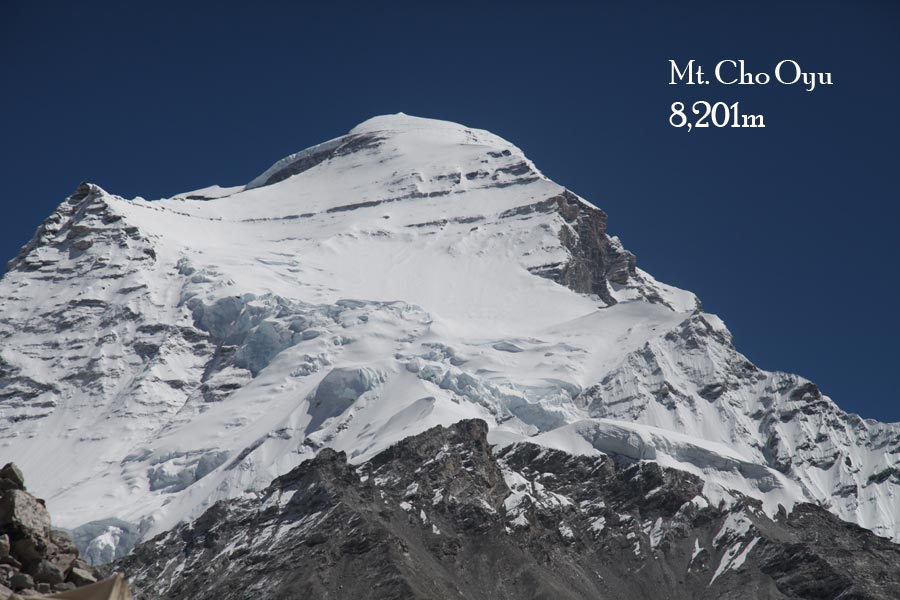 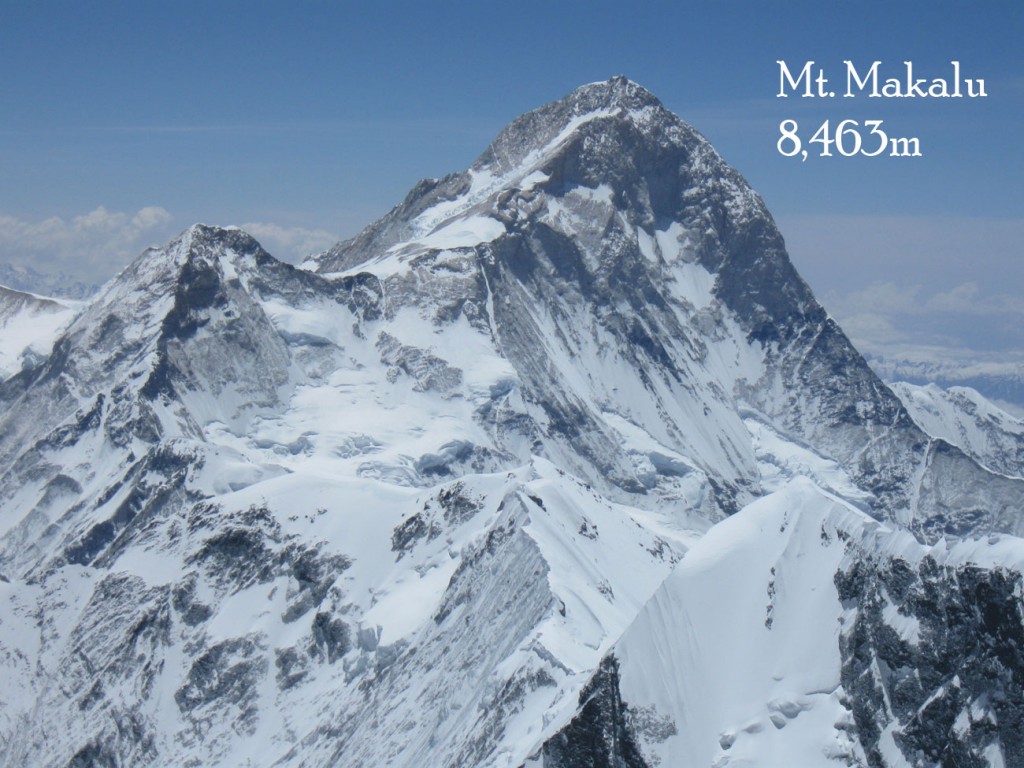 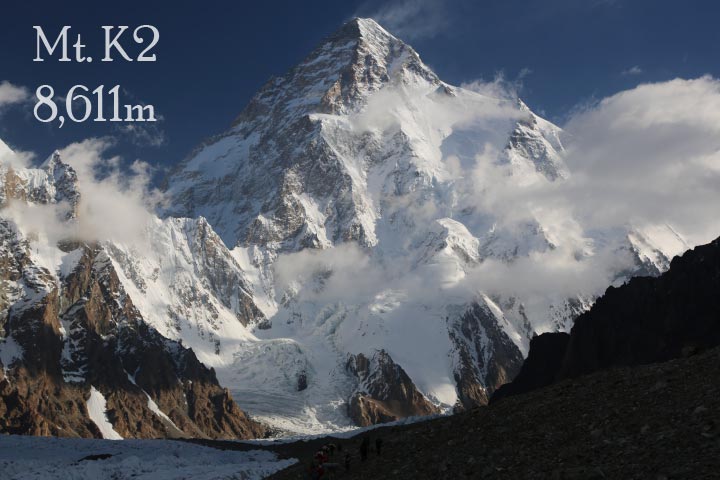 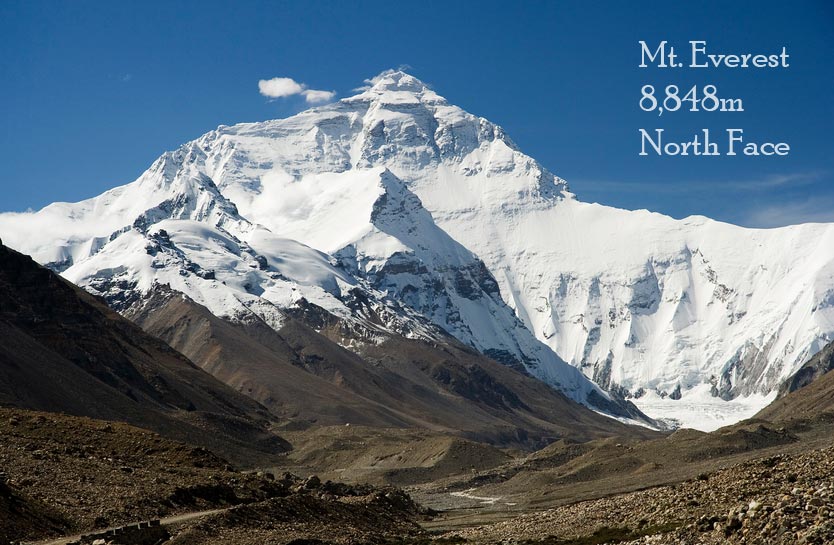